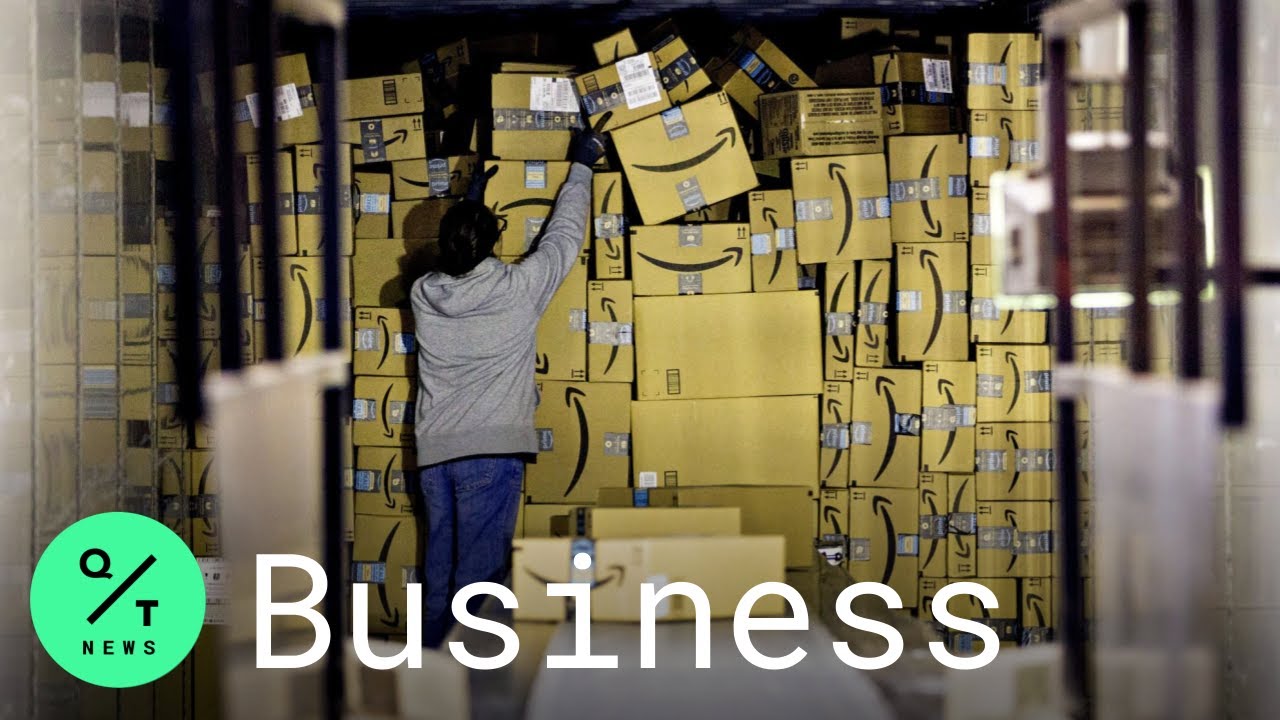 Amazon plans to open 1,000 small delivery hubs in cities and suburbs all over the U.S., according to people familiar with the plans. The facilities, which will eventually number about 1,500, will bring products closer to customers, making shopping online about as fast as a quick run to the store. It will also help the world’s largest e-commerce company take on a resurgent Walmart Inc.

Amazon couldn’t fulfill its two-day delivery pledge earlier this year when shoppers in Covid-19 lockdown flooded the company with more orders than it could handle. While delivery times have improved thanks to the hiring of 175,000 new workers, Amazon is now consumed with honoring a pre-pandemic pledge to get many products to Prime subscribers on the same day. So with the holidays approaching, Chief Executive Officer Jeff Bezos is doubling down by investing billions in proximity, putting warehouses and swarms of blue vans in neighborhoods long populated with car dealerships, fast-food joints, shopping malls and big-box stores.

Historically, Amazon gnawed away at brick-and-mortar rivals from warehouses on the exurban fringes, where it operated mostly out of sight and out of mind. That worked fine when the company was promising to get products to customers in two days. Now Walmart and Target are using their thousands of stores to beat Amazon at its own game by offering same-day delivery of online orders. Walmart also recently started is own Prime-style subscription service, upping the competitive ante.

A recently opened warehouse in Holyoke, Massachusetts, exemplifies Amazon’s answer to this existential challenge. Located not far from a once vibrant mall, it’s just a short drive from more than 600,000 people. The goal is to creep closer to almost everyone in the U.S.

The mass opening of small, quick-delivery warehouses poses a significant threat to United Parcel Service Inc. and the U.S. Postal Service. Being fastest in the online delivery race is so critical to Amazon’s business that it doesn’t trust the job to anyone else and is pulling back from these long-time delivery partners. Amazon is basically duplicating UPS’s logistics operation. Many of Amazon’s new hubs are within walking distance of UPS facilities.

The company’s appetite for real estate is so strong that many analysts have speculated that Amazon would convert vacant department stores into distribution centers. In fact, that option is only a last resort, said the people privy to the company’s plans, who requested anonymity to discuss an internal matter.

Department stores such as J.C. Penney are often two stories and lack sufficient loading capacity, they said, meaning they require extensive remodeling to accommodate an Amazon delivery hub. Moreover, mall leases with existing tenants often prohibit the owner from introducing a delivery hub that could spoil the shopping experience, and city officials might not quickly approve an industrial use in a retail area.

Still, analysts expect underutilized retail space to make way for more e-commerce delivery stations due to rising rents for industrial space, along with a surge in store vacancies.

In the past three years, 13.8 million square feet of retail space has been converted to 15.5 million square feet of industrial space, including vacant shopping malls razed to make room for new warehouses, according to a July report by the commercial real estate firm CBRE Group Inc. That trend will continue but not quickly enough for Amazon, which is building new facilities and moving into existing warehouses where it’s faster to get a hub up and running.

Amazon usually puts new delivery stations inside existing warehouses or signs long-term leases with development firms like ProLogis Inc. to build them to its exacting specifications. Typical delivery stations are about 200,000 square feet—about one-fourth the size of one of the company’s giant fulfillment centers—with large lots where workers can park their personal vehicles and Amazon can stage delivery vans. About 20 tractor-trailers arrive each night to drop off packages, which are loaded into hundreds of vans each morning before drivers fan out to make their rounds. In the afternoons, hundreds more Amazon Flex drivers, who use their own cars, arrive to deliver whatever’s left. A typical hub can generate more than 1,000 vehicle trips each day, often in areas where roads are already congested.

QuickTake by Bloomberg is a global news network delivering up-to-the-minute analysis on the biggest news, trends and ideas for a new generation of leaders.

5 thoughts on “Amazon to Put 1,000 Warehouses in Suburban Neighborhoods”