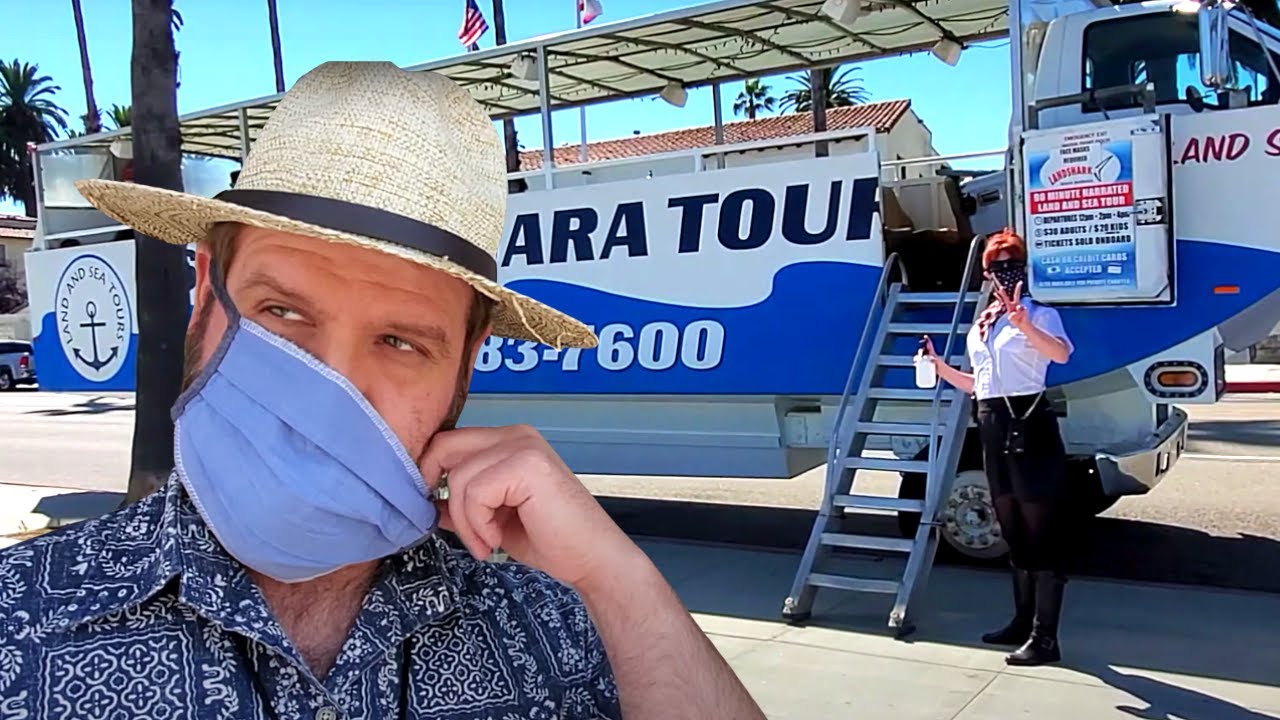 During a typical Santa Barbara summer, the shops, restaurants, and beaches are packed with people. But with multiple blocks of State Street turned into a pedestrian zone, a multitude of masked faces and social distancing, this year is anything but typical.

Be that as it may, I’ve always been curious to try the iconic land and water tour known as the Landshark, and today seemed as good a day as any to make an attempt to board this curious craft. I say “make an attempt” because, as popular as it is, the line to get on is often long at the boarding zone near the intersection of Cabrillo and Chapala.

Part car, part boat—and all awesome—I’ve often seen the Landshark making its way down the city streets in style, and it’s high on my list for things to do in Santa Barbara. Would we be able to make it on board and turn a great day even greater? We were about to find out.

With a few hours to spare, we were off to scope out our beautiful surroundings.

Next, we headed up lower State Street. Our destination? The eclectic art-infused neighborhood known as the funk zone.

We spent a highly enjoyable hour exploring this fascinating zone, enriched by bold works of art and lively street scenes waiting around every bend.

In fact, in the funk zone, you never know what you’ll randomly come across, from the truly weird to the marvelously wonderful.

Time flies when you are having fun, and the time to catch the Landshark was fast approaching. We walked back to the waterfront, where we hoped we would be in time to catch a spot.

From the bustling scenes of the waterfront, past the train station and into downtown, we passed landmark after landmark, including the iconic courthouse, considered one of the finest examples of Spanish Revival architecture in the world.

With the land portion of our itinerary complete, it was time to go into shark mode and uncover the hidden wonders of the deep.