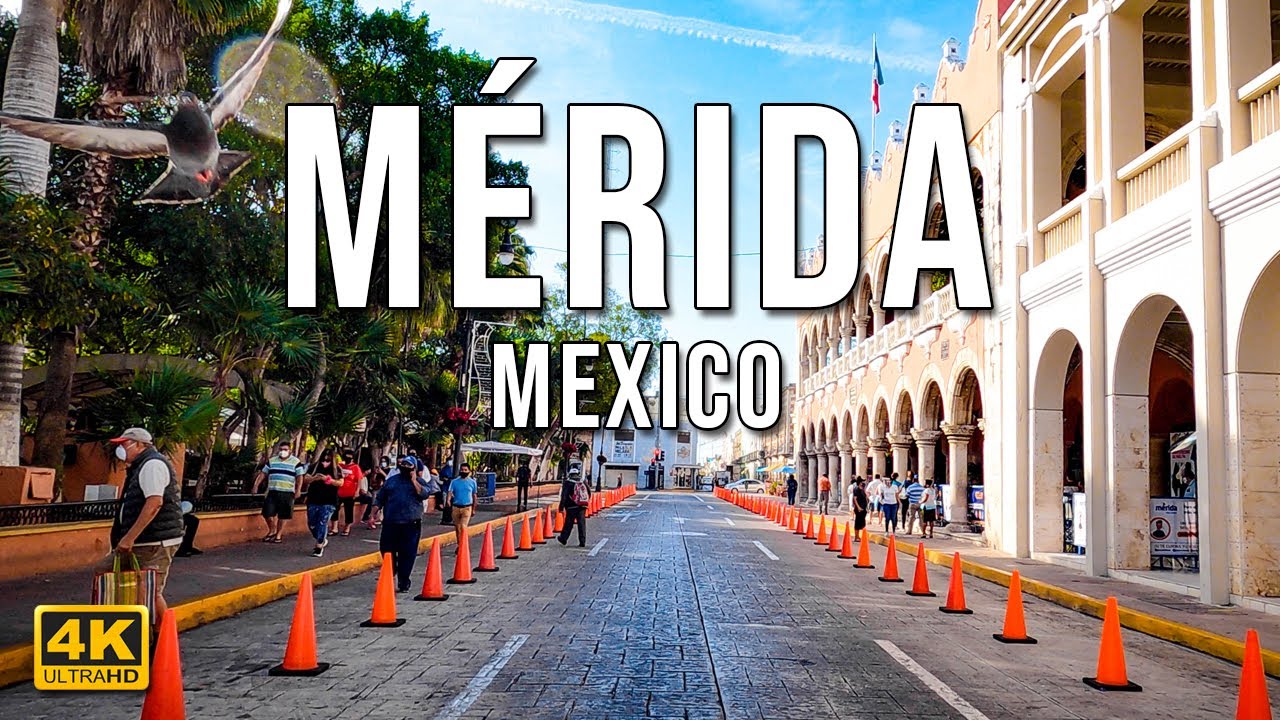 Mérida is the capital and largest city in Yucatan state in Mexico, as well as the largest city of the Yucatán Peninsula. The city is located in the northwest part of the state, about 35 kilometres (22 miles) off the coast of the Gulf of Mexico. The city is also the municipal seat of the Municipality of Mérida, which includes the city and the areas around it.

According to the 2015 census, the population of Mérida was 892,363, ranking 14th among the most populous Mexican cities. The Greater Mérida metropolitan area includes the municipalities of Mérida, Umán and Kanasín and had a population of 1,035,238 in the 2010 census. The municipality’s area is 858.41 km2 (331.43 sq mi). Among the four cities that share the same name around the world, it is the largest – the other three being in Spain, Venezuela, and the Philippines.

In 2019 it was considered the second safest city in the Americas only behind Quebec City, contrasting with the high rates of insecurity in the rest of Mexico.

The city, like much of the state, has heavy Mayan, Spanish, French, British, Lebanese and to a lesser extent Dutch influences. Mérida has the highest percentage of indigenous population within any large city in Mexico. The Maya are approximately 60% of the population.

Mérida is located in the northwest part of the state of Yucatán, which occupies the northern portion of the Yucatán Peninsula. To the east is the state of Quintana Roo, to the west is the state of Campeche, to the north is the Gulf of Mexico, and far to the south is the state of Chiapas. The city is also located in the Chicxulub Crater. It has a very flat topography and is only 9 metres (30 ft) above sea level. The land outside of Mérida is covered with smaller scrub trees and former henequen fields. Almost no surface water exists, but several cenotes (underground springs and rivers) are found across the state. Mérida has a centro histórico typical of colonial Spanish cities. The street grid is based on odd-numbered streets running east/west and even-numbered streets running north/south, with Calles 60 and 61 bounding the “Plaza Grande” in the heart of the city. The more affluent neighborhoods are located to the north and the most densely populated areas are to the south. The Centro Histórico area is becoming increasingly popular with Americans and other expatriates who are rescuing and restoring the classic colonial structures. In 2007 the Los Angeles Times recently noted this surge of interest in rescuing Mérida’s historic downtown.

As the state and regional capital, Mérida is a cultural center, featuring multiple museums, art galleries, restaurants, movie theatres, and shops. Mérida retains an abundance of colonial buildings and is a cultural center with music and dancing playing an important part in day-to-day life. At the same time it is a modern city with a range of shopping malls, auto dealerships, hotels, restaurants, and leisure facilities. The famous avenue Paseo de Montejo is lined with original sculpture. Each year, the MACAY Museum in Mérida mounts a new sculpture installation, featuring works from Mexico and one other chosen country. Each exhibit remains for ten months of the year. In 2007, sculptures on Paseo de Montejo featured works by artists from Mexico and Japan.

Mérida and the state of Yucatán have traditionally been isolated from the rest of the country by geography, creating a unique culture. The conquistadors found the Mayan culture to be incredibly resilient, and their attempts to eradicate Mayan tradition, religion, and culture had only moderate success. The surviving remnants of the Mayan culture can be seen every day, in speech, dress, and in both written and oral histories. It is especially apparent in holidays like Hanal Pixan, a Mayan/Catholic Day of the Dead celebration. It falls on November 1 and 2 (one day for adults, and one for children) and is commemorated by elaborate altars dedicated to dead relatives. It is a compromise between the two religions with crucifixes mingled with skull decorations and food sacrifices/offerings. Múkbil pollo (pronounced/’mykβil pʰoʎoˀ/) is the Mayan tamal pie offered to the dead on All Saints’ Day, traditionally accompanied by a cup of hot chocolate.

For English speakers or would-be speakers, Mérida has the Mérida English Library, a lending library with an extensive collection of English books, videos, tapes, and children’s books. The library is also the site for expatriate meetings, children’s storytelling hours, and other cultural events.

Mérida is also home to the Yucatán Symphony Orchestra, which plays regular seasons at the José Peón Contreras Theatre on Calle 60 and features classical music, jazz, and opera.
Full article: