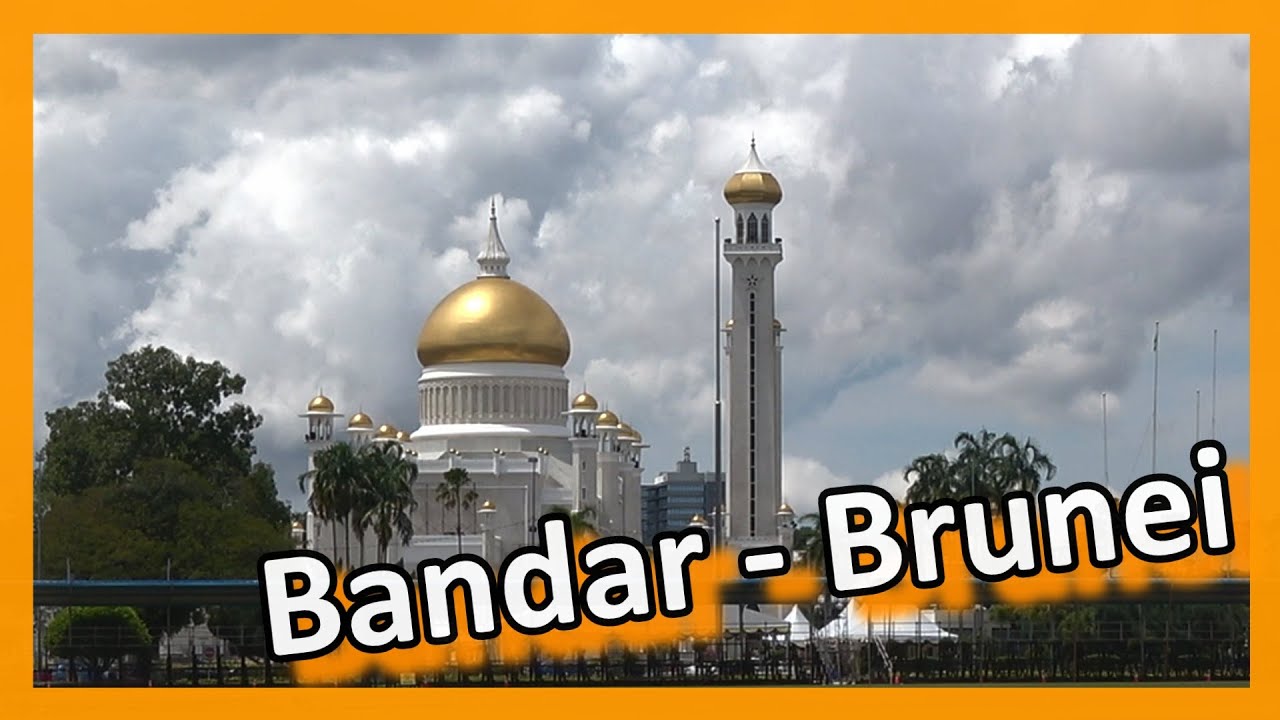 Bandar Seri Begawan is the capital and largest city of Brunei. It has an estimated population of about hundred thousand people. The first settlement on the banks of the Brunei River can be traced to the 8th century.

The Royal Regalia Museum, officially opened in 1992, houses the regalia of the Sultan and the royalty, as well as exhibits related to the commemorations of the Silver and Golden Jubilee celebrations of Sultan Hassanal Bolkiah’s rule of Brunei.

Omar Ali Saifuddien Mosque, completed in 1958, is often considered as one of the most beautiful mosques in the Asia Pacific. The mosque has marble minarets and golden domes, a courtyard and is surrounded by a large number of trees and floral gardens.

The Times Square Shopping Mall is located near the international airport.

Lambak gives an impression of Bandar Seri Begawan outside the city centre.

We visited Brunei on our overland trip from Australia to the Netherlands; see our channel for hundreds of clips. More clips of Brunei can be found here:

A special place in Bandar Seri Begawan is Kampung Ayer, the world’s biggest stelt settlement. It can be viewed in a separate video clip: Enjoy more religious sites and events by playing the clips in this playlist: