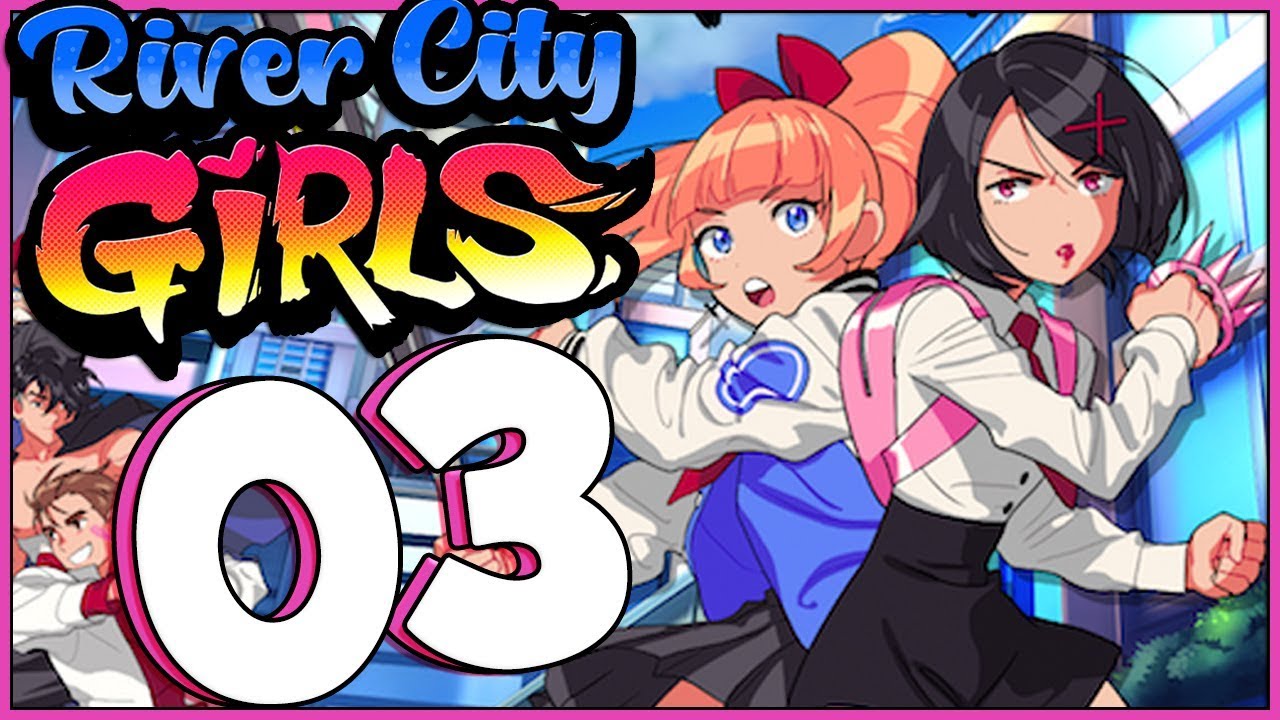 River City Girls Part 3 Mall Adventure. There’s trouble once again on the mean streets of River City, but this time the boys are in over their heads! In this all-new entry in the legendary beat-’em-up series, hot-blooded heroes Kunio and Riki have been captured, leaving it to their hard-hitting girlfriends, Kyoko and Misako, to serve up some payback.

As you punch and kick your way across town – either solo or with a friend in local co-op – you’ll gain new skills, chow down on power-ups, wield an assortment of weapons, and unleash an arsenal of combos, throws, and special attacks that will leave the bad guys crying for mama – all in outrageous 16-bit style!

The awesome action is punctuated by manga story panels, anime cutscenes, and an epic synth-pop soundtrack. It’s an old-school rumble for a new generation

• Wild beat-’em-up action for one or two players!

• Six large city regions to fight through, complete with shops and side quests!

• Loads of weapons, items, and abilities to power-up your heroines!

SUBSCRIBE & Turn On Notifications! Thanks for Ringing the Bell & Sharing this video helps a Ton.

“Thanks for Watching our Daily Videos!” – The Kwings