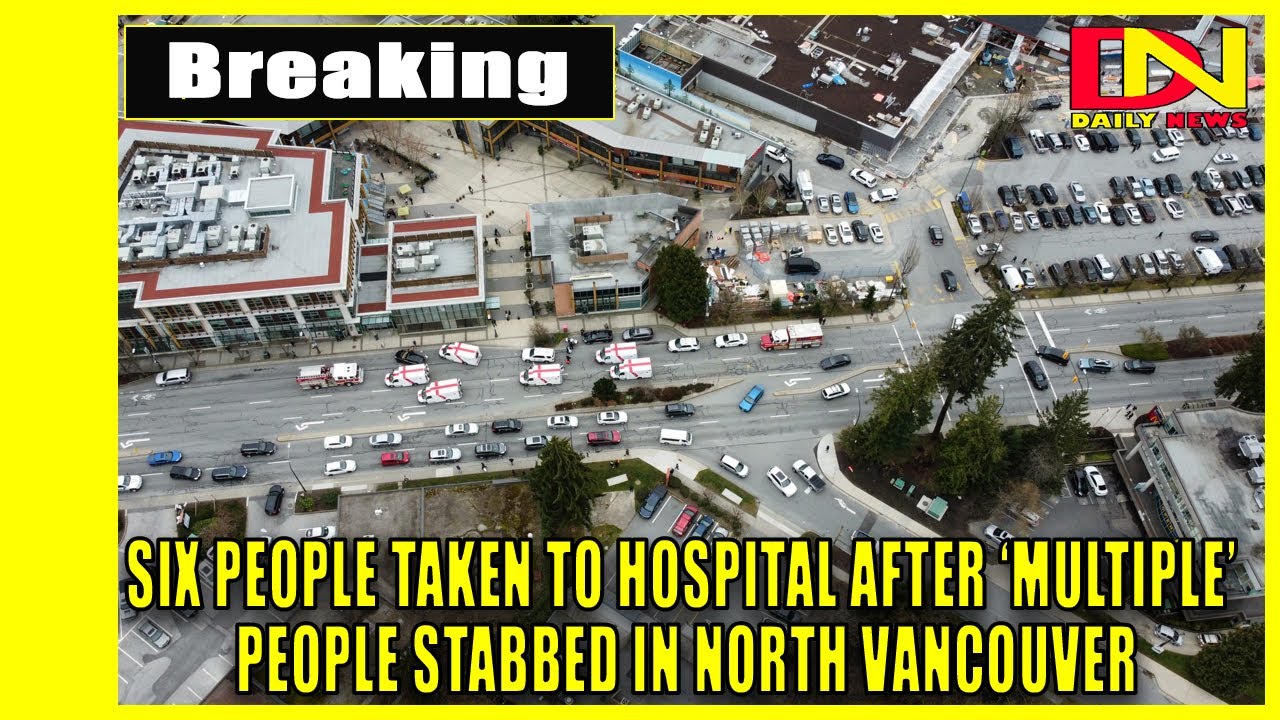 Six people have been taken to hospital after a stabbing incident on the North Shore, according to B.C. Emergency Health Services.

North Vancouver RCMP said on Twitter that multiple victims had been stabbed “within and outside” Lynn Valley Library.

One person is in custody after the incident, police said, adding that they believe there is only one suspect. The incident brought a massive police presence to the Lynn Valley Shopping Centre, and video from the scene shows officers arresting a man crossing the road shortly after the incident.

Shayla Dyson was at Browns Socialhouse at the time of the incident. She told CTV News Vancouver she remembers hearing a commotion outside the restaurant and looking up to see a man stabbing a woman.

Restaurant staff chased the assailant away and brought the woman inside, Dyson said.

“They had locked all the doors and they were trying to open it to get him to run away, which he did, and then they dragged her inside and her young kid too,” she said.

CTV News Vancouver has reached out to North Vancouver RCMP for more information and this story will be updated if and when a response is received.

Police, firefighters and paramedics all responded to the scene, and first responders could be seen providing care to an injured person on the floor of the Lynn Valley Library.

North Vancouver District Public Library tweeted that the branch would be closed for the rest of the day “due to an incident in the area.” The library did not describe the incident, but asked the public to avoid the a