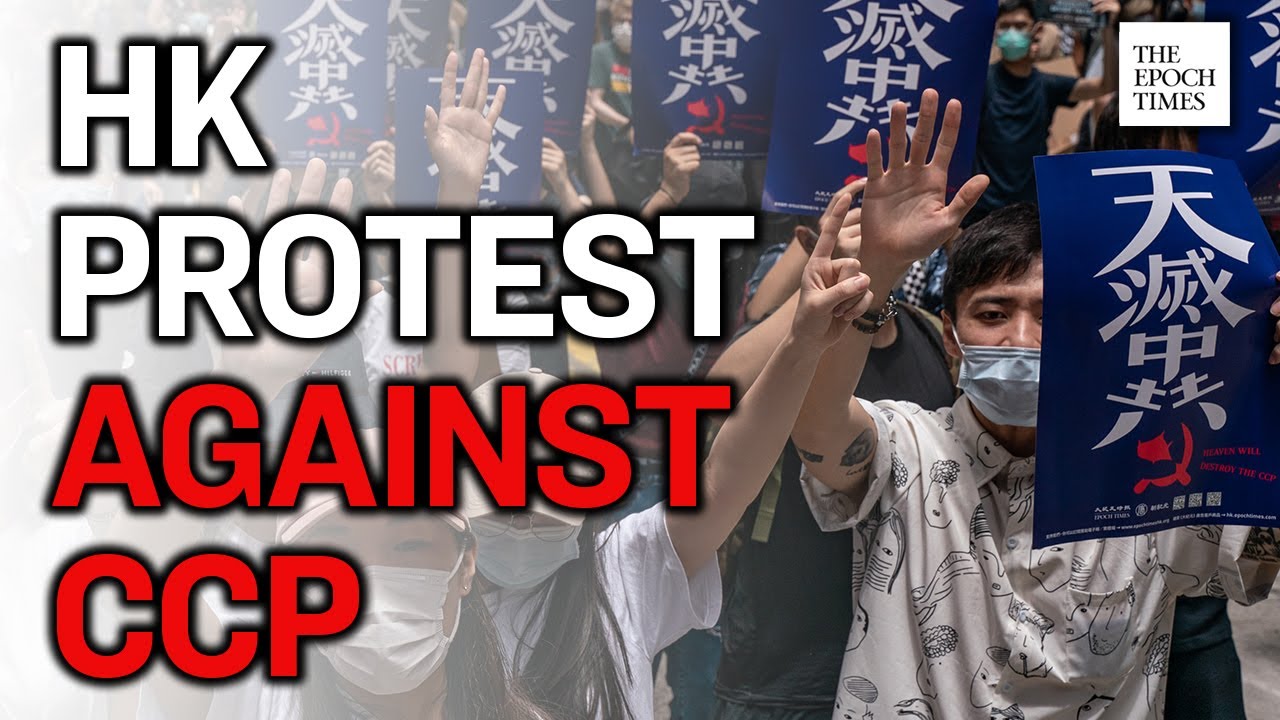 Try a month of The Epoch Times for only $1. Get real news other media outlets don’t report. Nonpartisan and truthful reporting on US News. ⭕️

The air in Hong Kong filled again with tear gas on May 24 after months of relative quiet during the pandemic lockdowns.

Thousands returned to the streets to voice their opposition to Beijing’s proposal for a “national security” law that was presented at the Chinese regime’s rubber-stamp legislature this week—bypassing the Hong Kong legislative council.

According to Hong Kong police, at least 180 protesters had been arrested as of Sunday 10 p.m.

Beijing’s move was met with international criticism as critics argued that the law would undermine Hong Kong’s autonomy and freedoms, which the Chinese regime promised to preserve after the city’s sovereignty was handed over from Britain to China in 1997.

The groups held banners and placards voicing their opposition to the CCP’s national security law that they see as destroying the promises made between the British government and the Chinese regime under the Sino-British Joint Declaration.

Crowds of demonstrators dressed in black flouted coronavirus social distancing measures to gather in the Causeway Bay district, a popular shopping area, and chant slogans such as “Stand with Hong Kong,” “Liberate Hong Kong” and “Revolution of our times.”

They repeated the longstanding “five demands” of prior demonstrations, including for universal suffrage and an independent inquiry into instances of police violence.

Before the march took off, a large number of police officers were seen gathering in Causeway Bay, including patrols at the local metro station, where they stopped people for inspection.
Police fired the first shot of tear gas at around 1:30 p.m. local time outside the local shopping mall Hysan Place in Causeway Bay in an effort to disperse protesters. The first arrest was made about 20 minutes later.
At 2:30 p.m. local time, the Hong Kong government issued a statement saying that “rioters” had thrown items at police officers and blocked roads with miscellaneous objects. It added that the police were using “minimum necessary force, including tear gas” to disperse “rioters.”

Police have since fired multiple rounds of tear gas and pepper spray. Journalists covering the protests were also hit.

The local police were already gearing up for a possible confrontation with protesters earlier in the day, with a police water cannon vehicle parked outside of the Hong Kong Liaison Office in the morning, the Hong Kong branch of The Epoch Times reported.
At around 3:20 p.m. local time, a police water cannon fired at protesters and journalists near Canal Road Flyover.
Lee Cheuk-yan, the alliance’s chairman, told local media that Beijing was “digging its own grave” by proposing the national security law.

Recently, over 200 parliamentarians and policymakers from 23 countries issued a joint statement, saying that China’s law is a “flagrant breach of the Sino-British Joint Declaration.”

Sign the Petition to Investigate, Condemn, and Reject the Chinese Communist Party👉

🔵Australian Student Threatened With Expulsion for Criticizing the CCP
👉

——————
Get the latest updates as well as exclusive reporting and first-hand videos about the CCP virus from The Epoch Times website.
▶️
——————
SUBSCRIBE TO THE EPOCH TIMES
Print subscription (delivery inside the U.S only):