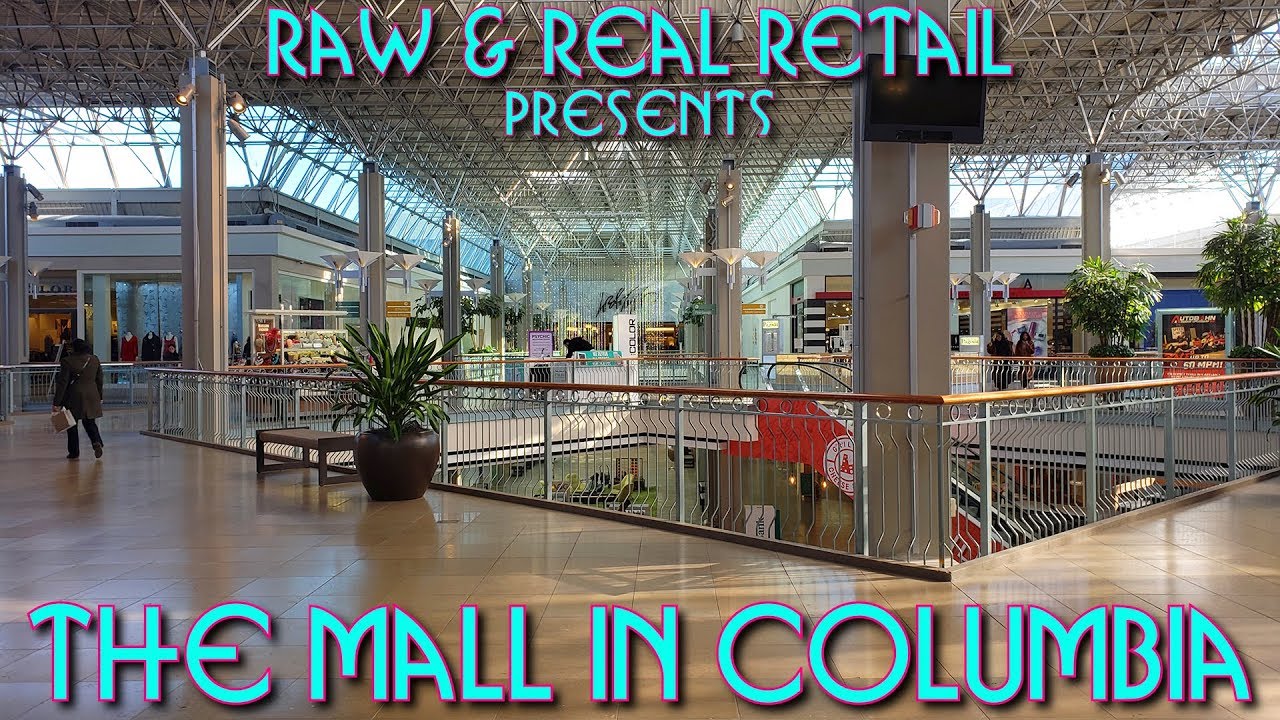 This is our walkthrough of The Mall in Columbia in Columbia, MD from January 11, 2019. This is a big thriving mall in the suburbs of Baltimore. It is not dead nor hurting in the least, despite just losing Sears. It was developed by The Rouse Company, started by an architect named Jim Rouse, who pretty much came up with the look of the “standard” mall of the 1970s and 1980s.

Check out our ongoing series of dead and dying shopping malls!

Songs used in this video (in order):

Here is some history from Wikipedia:

The Mall in Columbia, also known as the Columbia Mall, is the central shopping mall for the planned community of Columbia, Maryland, United States. It has four anchor department stores and over 200 specialty stores. Restaurants include PF Chang’s, Maggiano’s Little Italy and Panera Bread. The mall includes a 14-screen AMC Theatres. It is located in the Town Center area of the city and attracts shoppers from surrounding counties in Maryland.

Architect Frank Gehry designed The Rouse Company Columbia exhibit building, and was initially selected to design the neighboring mall centerpiece. Gehry was later rejected by Rouse for lack of experience, and the firm of Cope, Linder, & Walmsley was contracted for the project.

The Mall opened in 1971 with two major anchor stores: Hochschild Kohn’s (which was replaced by Hecht’s in the mid-1970s) and Woodward & Lothrop (a.k.a. Woodies, which closed in late 1995 and was replaced by JCPenney in July 1996), as well as a McCrory’s and Lerner’s, which were minor anchors. Of the original 102 stores, those still in operation at the mall as of March 2017 include: Edward Arthur Jeweler, GNC, and Motherhood Maternity. The Mall has undergone several major expansions since its opening, with the Sears wing opening in 1981, along with an expansion of approximately 370,000 square feet and about 55 specialty stores. In 1997, the Hecht’s store (now Macy’s) added a third level. The Lord & Taylor wing opened in November 1998 (along with two new parking garages); the Nordstrom wing opened in September 1999. Also at this time, 20 to 30 stores opened in a new 60,000-square-foot wing near Hecht’s. The interior was renovated by replacing the floors, lighting, skylights and air conditioning units by the end of 1998. A Cheesecake Factory restaurant opened on The Mall property near the movie theaters in late 2005. The Mall’s Hecht’s store became Macy’s on September 9, 2006.

The Mall was sold to General Growth Properties by The Rouse Company in 2004. In early 2013, construction began on an addition to the outdoor “Plaza at The Mall in Columbia” to replace the L.L. Bean store (which closed in May 2013) with additional stores and restaurants. On April 28, 2015, Howard County Police announced an increased presence at village centers and malls following protests and riots the day before that affected GGP’s Mondawmin Mall in Baltimore. In May 2018, a 50,000-square-foot (4,600 m2) Main Event Entertainment facility opened on the south side of the mall, featuring 22 bowling lanes and over a hundred virtual reality video games.

On October 15, 2018, it was announced the Sears store would be closing as part of a plan to close 142 stores nationwide as a result of the retailer’s filing for Chapter 11 bankruptcy.

On January 25, 2014, at around 11:15 a.m., 19-year-old Darion Marcus Aguilar entered the Zumiez store on the second floor of the mall, armed with a Mossberg 500 12-gauge shotgun with a pistol grip, and fired six to nine shots, killing two employees—21-year-old Brianna Benlolo and 25-year-old Tyler Johnson—and injuring five others before committing suicide. Police arrived within two minutes to find an extensive amount of ammunition and crude explosive devices next to Aguilar’s body, which were disabled safely. All of the injured were treated and later discharged from the Howard County General Hospital.

20 thoughts on “The Mall in Columbia – Raw & Real Retail”