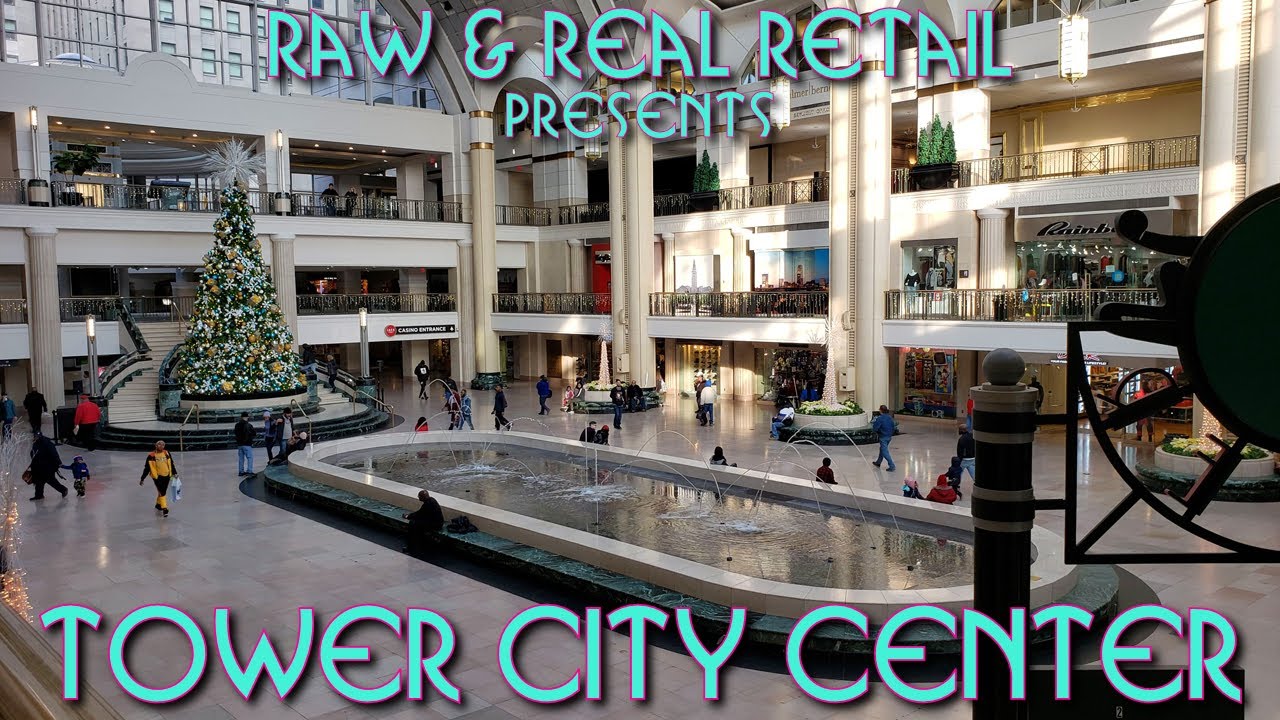 This is our walkthrough of the Tower City Center’s Avenue Mall in downtown Cleveland, OH from December 27, 2019. This is a grand, elegant building with lots of history behind it. Unfortunately as of late it appears to be dying out, with vacant anchors and wings attached to a somewhat bustling center court.

Songs used in this video (in order):

Here is a portion of some moderately well cited info from Wikipedia:

The structure was built in 1929 as Cleveland Union Terminal. On March 17, 1976, the complex was added to the National Register of Historic Places.

The building complex was originally commissioned by the Van Sweringen brothers, prominent local railroad moguls and real estate developers. The center of the complex was Cleveland Union Terminal (CUT), a terminal for all trains coming into Cleveland via the various railroad lines in a concept similar to Grand Central Terminal in New York City.

The complex was designed by the firm of Graham, Anderson, Probst & White. Site preparation began in 1922, and approximately 2,200 buildings were demolished. Construction began in 1926, and structural work was completed by 1927. At the time, it was the second-largest excavation project in the world after the Panama Canal. The Terminal Tower opened to its first tenants in 1928. From its completion until 1964, the Terminal Tower was the tallest building in North America outside of New York City. Three other office buildings, the Medical Arts Building, Builders Exchange Building, and Midland Building, were built in addition to the Terminal Tower. The three Art Deco buildings are collectively known as the Landmark Office Towers Complex and were completed in 1929. In addition to the new buildings, the 1918 Hotel Cleveland was connected to the complex. Cleveland Union Terminal was dedicated and officially opened in 1930.

The facility included a number of retail stores and restaurants. Original designs for the complex show that at first the brothers did not plan on building an office tower within the complex. However, they eventually decided to build the 52-story Terminal Tower on the northeast side of the complex facing Public Square.

Most of the platform area was demolished in the late 1980s renovation of the building. The station area itself was converted by Forest City Enterprises into a three-story, 367,000 square foot shopping mall and food court known as The Avenue, which opened on March 26, 1990. As part of the renovation, RTA rebuilt its rapid transit station beneath the center. The rest of the platform area was turned into a parking garage for the new complex. When the already renamed Tower City Center reopened, the mall housed many high-end retailers, including Bally of Switzerland, Barneys New York, Fendi, Gucci, Versace, and even had a letter of intent from Neiman Marcus to build a 120,000-square foot anchor store in 1992. Over the following 25 years, many of those shops were replaced by more modest stores, some of them local retailers.

In 1991, two new 11-story office towers, the Skylight Office Tower and the Chase Financial Plaza, were added. The Chase Building houses Cleveland’s Ritz-Carlton Hotel and The Skylight Office Tower housed the former Hard Rock Cafe. After the completion of the nearby Gateway project in 1994, RTA built an indoor walkway connecting Tower City to the complex. A second walkway was built in 2002 to connect Tower City with the Carl B. Stokes U.S. Courthouse.

Higbee’s (by then bought by Dillard’s) closed its department store in the complex in January 2002. Positively Cleveland (formerly the Convention and Visitors Bureau of Greater Cleveland) and the Greater Cleveland Partnership (the local chamber of commerce) opened offices in the Higbee Building in 2007. Until late 2010, the Cleveland Plus Visitors Center occupied the first floor. The building was opened on May 14, 2012 as the Horseshoe Casino Cleveland. After Rock Gaming LLC took over management of the Horseshoe, the casino was transformed into Jack Cleveland Casino and reopened on May 11, 2016.